In this article I present a simple solution to prevent that the keyboard layout changes unexpectedly on the Windows lock screen. This information is intended for Windows Server 2016 and RDP and ICA sessions. It may apply to other operating systems as well.

The situation is as follows:

The exact cause for this issue is unknown to me. What is sure though is that it can only happen when multiple languages and/or language packs are in play. Also, the lock screen runs in the context of the Local System account (as opposed to the active session that runs in the user's own context). In the solution below we modify settings that belong to the Local System account to solve this issue.

This issue is reported on the Internet here and there. I even opened a case with Microsoft concerning this issue, but so far it did not lead to any solution. All I have is a workaround which seems to do the trick.

The solution (or workaround to be more precise)

The workaround to solve this issue is to remove the following two registry keys:

You can remove these keys using a Microsoft Group Policy Preference (or you can use Workspace Environment Manager or another product).

As you can see in the screenshot, the keys are removed in the User Configuration section instead of Computer Configuration. The reason for this is that these keys are recreated at each logon. This applies to both standard users as well as administrators. Therefore, this Group Policy should be applied to all logons. 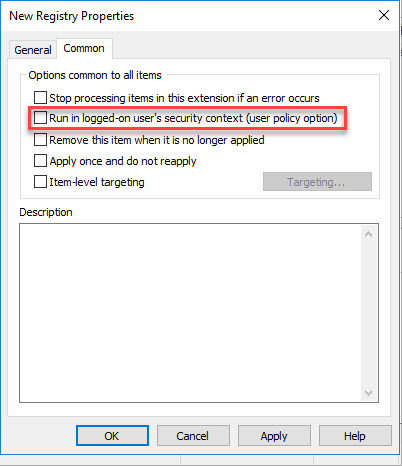 In case anyone has a better way how to prevent the keyboard layout from changing on the Windows lock screen and wants to share it with the rest of us than please contact me so I can add it to this article.