Dealing with Citrix ADMX files can be confusing. But there is hope on the horizon. It looks like Citrix finally got it under control.

The implementation of Citrix ADMX files has been a bit chaotic so far. Remember this view? A tad bit messy I would say. 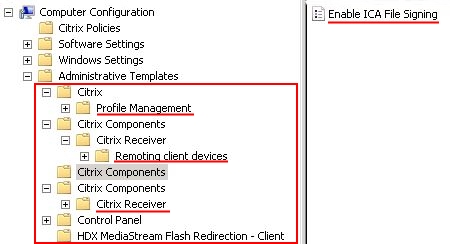 These files were clearly not in sync with one another.

It seems that Citrix also realized that the above structure was not the way to go, so they implemented something new.

*This file is new. It only has one purpose, which is to define the shared "Citrix Components" folder in the Group Policy editor.
**This file belong to Citrix Receiver 4.6

The following ADMX files have now been merged in the new "receiver.admx" file:

There is more than one way how to get these new ADMX files:

The remainder of this paragraph explains how to update the central ADMX repository in your domain.

The path to your group policy is as follows:
\\%LogonServer%\sysvol\#DomainName#\Policies\#PolicyGUID# 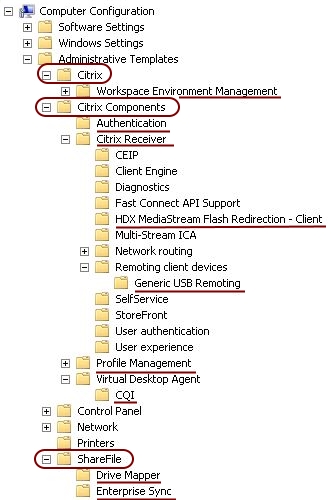 Most items are now stored under Citrix Components, except for the Workspace Environment Management and ShareFile policies. Still, it is quite an improvement I would say.